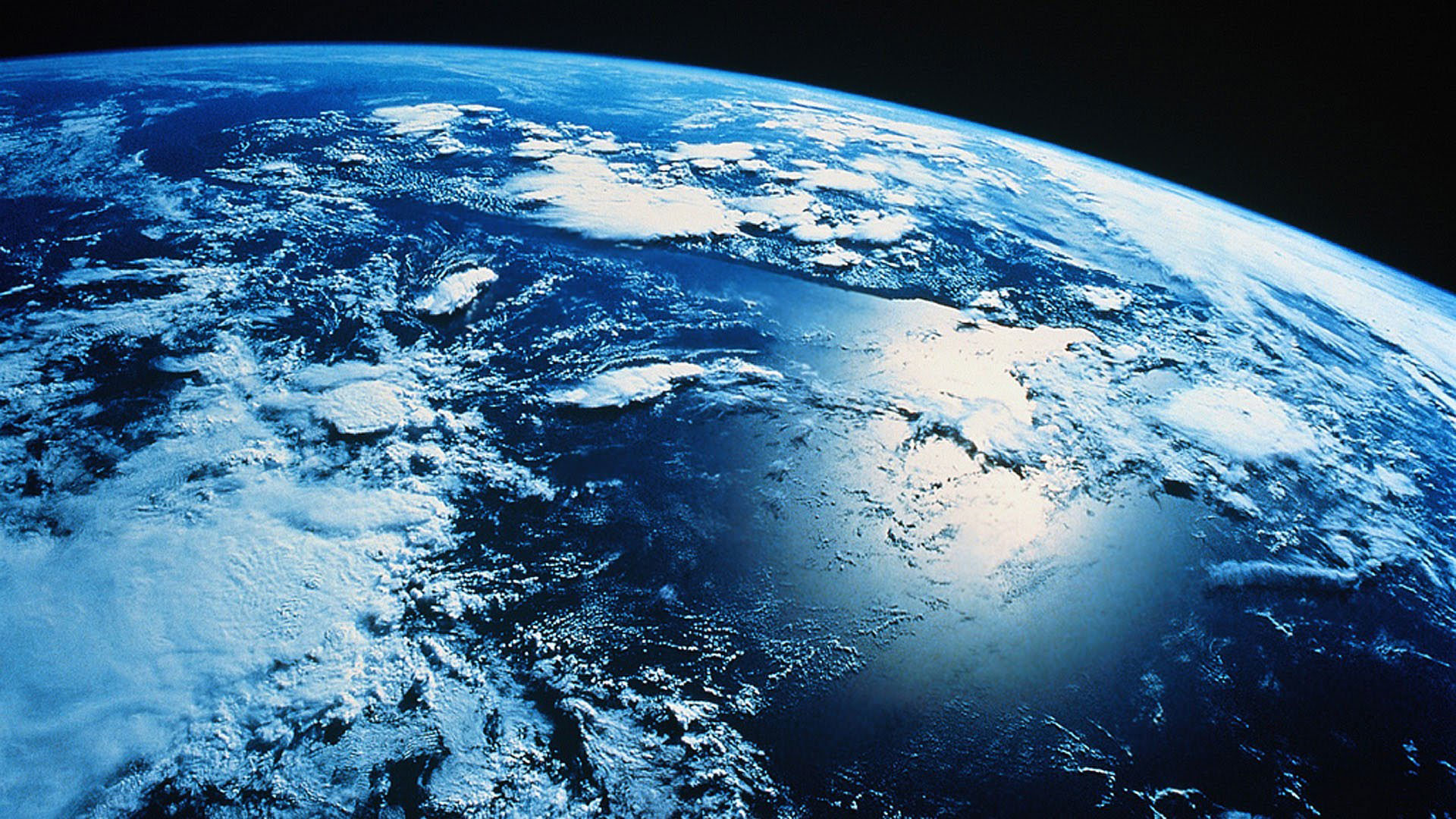 Since slowing sharply in the 2018, global economic growth has remained weak in 2019. According to the International Monetary Fund, momentum in manufacturing activity has weakened substantially to levels comparable to those witnessed in the 2008 global financial crisis. Many contributing factors were at play, such as rising trade and geopolitical tensions, which increased uncertainty about future international cooperation and global trade. However, new trade relations and the rise of technology have aided in mitigating the impact of these factors.

Below are some key events which occurred this year that will shape the world economic outlook beyond 2019.

Points of Interest in 2019 and Their Business Impacts Beyond 2019

The ongoing economic conflict between the world’s two largest economies started in 2018 with the US imposing steel and aluminium tariffs on all imports and specifically applying tariffs on over 1,300 Chinese goods worth USD $50 billion. Furthermore, allegations were made regarding purported force and inducement by China for foreign companies to transfer intellectual property to their Chinese partner and establish research and development in China, as “performance requirements” to receive government approval in sectors. 1 in 5 North American-based corporations claimed that China has stolen their intellectual property within 2018 alone. China’s retaliation with placement of its own trade tariffs on the US escalated matters into a full-blown trade war.

The US-China trade war has widespread effects across the world as the two are major economies in the world. With an emphasis on protectionism and increasing restrictions on free trade, their trading partners will feel a slowdown in their own economies. However, there are upsides to the trade war; South East Asian countries like Vietnam are increasingly sought after as a manufacturing alternative to China to escape higher levies on Chinese manufactured goods as well as a possible location for foreign direct investment (FDI). The trade simply expedited the trend of companies moving factories out of China (initially due to higher labour costs).

To make matters worse, the 2019 Hong Kong Protests prompted the US to reintroduce the Hong Kong Human Rights and Democracy Act and unanimously pass it, something which did not gain momentum since it was initially introduced in 2014. Among other measures, the Act requires the US president to identify and impose sanctions against people complicit in suppressing basic freedoms in Hong Kong. In response, China has vowed to retaliate with firm counter-measures.

The 2019 Hong Kong Protests has severely dampened business confidence and Hong Kong will require some time and economic boosting measures to stave off a worsening recession. Businesses will likely avoid Hong Kong and similarly turn to other alternatives in Asia. Singapore stands out as the top choice, with investors from China overwhelmingly choosing Singapore over Hong Kong. In 2020, this is likely to remain the trend as the Hong Kong protests do not appear to be amicably resolvable anytime soon and the economic fallout will require time to salvage.

The threat of terrorism is an ongoing one that impacts businesses via geopolitical stability as much as it affects individuals. South Asia has had the highest impact from terrorism since 2002 while the UK finds itself as the country worst affected by terrorism in the European Union. The number of deaths from terrorism fell by 15.2% between 2017 and 2018, with the largest declines in Iraq and Somalia due to the Islamic State’s defeat and US-led airstrikes on Al-Shabaab. However, while the fight against radical Islamic terrorism may be going well, new forms of terrorism, such as “lone wolfs” and far-right terrorism have emerged. Far-right terrorism has more than tripled in the last four years especially with a significant trend of occurrence in the West.

Terrorism may disrupt supply chains and increase security costs. In 2016, terrorist groups carried out nearly 350 attacks on global supply chains. Threats of terrorism also contributes to lost revenue and lower consumer confidence. However, for countries with a large consumer market like the US, businesses are unlikely to exit the market due to the rise of “lone wolf” or far-right terrorism which are spontaneous and individual events. Instead, businesses will likely manage terrorism risk by purchasing property insurance, which can reimburse companies for incurred terrorism related costs. Countries with a smaller consumer market like Singapore would likely suffer more if there exists a persistent threat of terrorism on a national scale as businesses may choose to forgo the relatively smaller consumer base. Furthermore, it is only  natural for FDI to be redirected away from such countries where the business climate faces terrorism threats. The divestment of FDI represents a loss in opportunity to bolster strong economic growth and a sudden outflow of FDI could further dampen investor confidence and result in a cyclical economic slowdown.

Environmental concerns especially those pertaining to pollution and climate change have catalysed a shift in strategies adopted by businesses. 81% of global respondents feel strongly that companies should help improve the environment with this passion for corporate social responsibility being shared across gender lines and generations. This corresponds with consumers using their spending power to effect the change they want to see.

While consumers are increasingly conscious about the environment and the power of their spending habits, governments seem to be regressing. In 2019, the US, China and India opposed a call for countries to submit strong, updated emissions commitments for 2020 during the United Nations Climate Change Conference. Other major economies also undermined the conference as they pressed for loopholes that would help them avoid real emissions cuts. Beyond 2019, environmental regulations may no longer be the determining restriction placed upon business; instead the demands of environmentally conscious consumers may set the tone for businesses.

The rise of Artificial Intelligence (AI) encompasses anything from Google’s search algorithms to IBM’s Watson to autonomous weapons. AI today is properly known as narrow AI (or weak AI), because it is designed only to perform a narrow task. Narrow AI has the potential to aid businesses in grappling with big data pertaining to customer information. This provides insights and trends across the spectrum making data easier to understand. As a result, a personalised customer service may be provided. A prime example is Netflix’s methodology of tracking users’ watch history to personalise recommendations and thumbnails.

AI is rapidly being adopted by businesses. According to a survey by McKinsey, 47% of respondents say their companies have embedded at least one AI capability in their business processes, compared with 20% of respondents in a similar 2017 study. Another 30% of respondents claimed they are piloting AI based projects. An overwhelming 71% of respondents also expect AI investments will increase in the coming years. Among the different AI capabilities, robotic process automation, computer vision, and machine learning are most commonly deployed. Beyond 2019, AI will likely be employed for its different capabilities and businesses will need to adapt accordingly to best utilise the power of AI.

5G networks, the next generation of mobile internet connectivity, are expected to officially launch across the world by 2020. They offer unlimited potential to vastly improve our lives with three main benefits.

The combination of these three features enable consumers to download content quickly and experience less delay when requesting data from the network. 5G networks will help power a huge rise of Internet of Things (IoT) innovations by providing the infrastructure needed to carry large amounts of data and allowing for a smarter and more connected world.

With IoT being touted as the technology to bring networks closer together, it allows for a seamless integration of different devices. The latest GSMA report predicts that by 2025, 5G will accounts for 46% of global connections. Apple’s deployment of 5G modems inside its 2020 iPhones is expected to be a significant factor in boosting the adoption rate. Thus, greater connectivity between different networks may benefit businesses externally and internally, by allowing them to integrate separate facets of their product offerings and enabling them to streamline the daily operations of the business respectively.

The global economic outlook beyond 2019 is riddled with uncertainties spurred by changing trade relations, an evolution of terrorism and the empowerment of environmentally conscious consumers. With major economies increasingly turning to protectionism and nationalism, smaller economies are being considered as alternative manufacturing bases.

However, the consumer market businesses target likely remain as that of the major economies due to the size of the market and spending power of the consumers. As a result, businesses are likely to turn to insurance coverage to mitigate terrorism threats and alter their company image to cater to changing consumer preferences rather than pull out of the market of major economies.

Technology like AI and 5G will also be an enabler that businesses will take advantage of to increase business efficiency and product offerings. Those that succeed quickly will differentiate themselves early on; however, those that do not may find themselves rapidly falling behind their competitors due to the high adoption rate of these technologies.